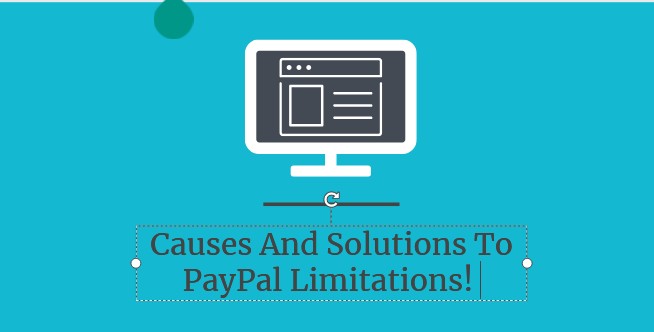 If you want to learn how to prevent getting suspended or banned on PayPal, you’re going to have first to understand a little bit about how it works.

First off, PayPal limits account with suspicious or “high-risk” activity to prevent losses.

The way it does this is by robots that are trained to identify specific behavior – specific triggers cause them to freeze up accounts.

Now, here’s the thing – they use robots to monitor your accounts.

Since there are millions of PayPal accounts and thousands of transactions happening at every second, it is very unrealistic for them to have a big room of people monitoring every little activity.

So these are mostly what happens in a nutshell when a limitation occurs.

But here’s the right thing about robots – they’re very predictable. If you can learn what triggers limitations, you can avoid them like landmines.

So without further delay, let’s start learning some of the types of behaviors that cause limitations.

Site Owners: Before you attach a new stealth PayPal to your website, READ THIS FIRST.

If you’ve had a PayPal attached to your website before, and it gets limited, PayPal then blacklists your domain name from ever using PayPal again. So if you try to attach a new stealth account directly to your site, you’ll get banned still. Luckily, there is a solution.

Solution: If you use a third-party checkout tool that uses PayPal you’ll be able to accept PayPal without fear of being limited. Another thing that you can use is to host the checkout on a different domain name so that the PayPal doesn’t see it. I?ve seen some people manually invoice their customers using PayPal too.

Causes Of PayPal Limitations And How to Avoid Them

Below are some of the major causes of paypal Limitations and How to avoid them.

Cause: One of the most common ways to get an account suspended is by moving money too fast. Let me give you an example.

Let’s just say that you received $200 right. Then 5 minutes later you try sending that $50 to someone else or try to buy something with it. Boom, your account gets limited.

In PayPal’s eyes, the reason why they limited you is that when you move money too fast, it looks suspicious, so they limit your account and stop you dead in the tracks.

Solution: When you receive money in your PayPal account, let it sit in there for 2-3 days before you try spending it, withdrawing it, or doing anything with your money.

Taking in too much money

Cause: The second most common way to get an account suspended is by taking in too much money at one time. Look at it from PayPal’s stand-point.

If a guy that doesn’t have an established history of receiving large amounts of money suddenly starts getting hundreds of dollars at one time, it looks kinda suspicious.

Don’t be the guy that receives too much money at one time, or you’ll get PayPal limiting you and asking you for personal details.

Solution: So how much money is too much? On a newer account, start off by taking payments less than or around $100 and don’t let the total balance on the account get above $500.

If the money gets near $500, wait a couple of days and withdraw it or send it to another account.

Of course, when your stealth account gets older, you can start getting more substantial amounts of money, but if you want to be safe, that’s the general guideline you should follow.

Now if you need to receive more money than that, just use multiple stealth accounts to break the payments up.

Another potential outcome, if you take in money too fast, is that they will ask you for social security information to make sure you’re properly taxed.

Now PayPal quotes that this number is something like 200 transactions of $20,000 a year, whichever comes first. However, if you come right out of the gate taking in a lot of money, they’ll ask you for social security much sooner.

Best way to combat this is just to receive money through different accounts, so the funds are more dispersed.

Cause: Let’s just say that you have $600 in your PayPal balance. If you try to go ahead and withdraw $600, you’ll get limited.

Always try to leave some money in PayPal, at least 10% (don’t make it exact).

When you withdraw all your balance, it makes PayPal think that you’re robbing the bank and skipping town. That means it’s suspicious, so don’t do this.

Solution: Always try to leave some money in PayPal (at least 10%). So for example, if you’re withdrawing $600, leave like 60-70 dollars in there, don’t withdraw everything. You’d be surprised how many people get limited by this sort of problem.

Error: When you try to send money and get this message:

Cause: When you try to move money too fast on a relatively new PayPal account. PayPal has this filter that prevents you from sending out money.

If you have a relatively new account and get this message, your account is under a soft review. However, don’t freak out, because chances are, if you don’t do anything else that’s suspicious during this time, they’ll usually release the balance in a couple of days.

Solution: When you get this message, don’t try to send money out over and over again. Just leave the balance for a week and come back to try to send it again. It could last up to 21 days, so try again here and there. Most of the time, it’s resolved after a couple of days.

Ask for “identity verification” through a phone call.

If this happens, just press cancel, and they will let you confirm other information, specifically your full bank account numbers. After you enter this, your account will go back to regular status.

Note: It’s Not Possible To Know the whole Causes of PayPal Limitations as there might be other hidden areas that are yet to be noticed by ordinary users. However, It’s important to take precaution and stay safe using the above guides.

The above Guide is never a guarantee that you will never get paypal limitation “as stated above” You can never predict paypal entirely.

What if Your PayPal eventually Get Limited and ask for Documents?

If you paypal is limited asking for documentats, You can buy Documents for Limited, suspended or banned PayPal accounts here to undo paypal limitations.